Madison, WI… The BEST there is? 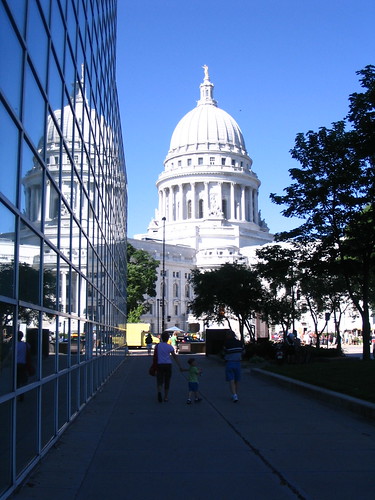 Is it just me, or is America obsessed with grading and rating nearly everything offered in life?

The Guinness Book of World Records, People Magazine and others have added to a cottage industry that has risen significantly in popularity in recent years.   Serious think tank operations, self-proclaimed experts and magazine publishers are coming out with lists all the time about the best, the biggest, the most respected, the wealthiest and more.

They also like to rate American cities, and below are just a few of the 54 rating accolades given to my hometown, Madison, Wisconsin since 2006:

Do we have problems?   Of course we do, but for the most part in Madison problems are faced head-on, offered plenty of public discourse (some would say, “too much public discourse”). Decisions are reached and solutions are put in place.  Some solutions work, and some don’t work out so well.

It’s nice when others notice us, but most of us don’t need to be reminded that we have a good thing going here in Madison, WI.

What do YOU think? Please let us know with a comment or ask a question. Thanks for reading the First Weber Wisconsin real estate blog for information about Madison, WI.