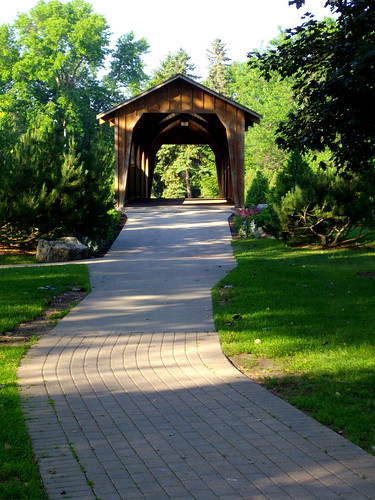 Scott Swick, First Weber Group, Fond du Lac provides this interesting article originally printed in the fdlreporter.com in which he looks at his predictions for the Fond du Lac real estate market made early in 2010 to see how clear his crystal ball was:

We started this column as the country went into its worst housing recession since the Great Depression.

And at the end of the year, as tradition mandates, I grade the predictions that I made at the beginning of the year.

Forecasts are in orange type. An analysis follows about what really happened in 2010.

Based on data from Multiple Listing Service (MLS), year-to-date home sales in Fond du Lac County declined 10.5 percent this year compared to 2009, compared to a 6.9 percent overall decrease for Wisconsin.

The Midwest rarely leads a trend so our recovery is slower. To wit, national home sales are down just 2.9 percent this year. Pent up demand is surging and forecasts are for increasing sales over the next five quarters.

The median average home price will improve in 2010:

This sounds encouraging, but remember this does not mean homes are increasing in value, just that more higher-priced homes are selling than before.

We’ll have a “Cash for Clunkers” effect in home sales (a sales spike followed by a steep drop-off):

When the 2009 tax credit was extended to June 2010 — and expanded to include existing homeowners, sales rose through June. Then sales dropped dramatically from July through today. Prices increased in the first half and dropped in the second.

The unemployment rate will peak in the first quarter of 2010:

That is exactly what happened in the greater Fond du Lac area and it is great news as we enter 2011.

The unemployment rate is 6.7 percent after peaking in the first quarter at 9.9 percent. Wisconsin has a 7.6 percent rate, its lowest since January 2009. Manufacturing jobs lead the recovery. Fond du Lac County’s rate is higher than Winnebago and Washington counties, but lower than Sheboygan and Dodge.

Foreclosures will peak in 2010 and not improve for a while:

More homes were lost to foreclosure in September than at any other time in U.S. history. This increases a huge “shadow inventory,” bank-owned homes that are not currently on the market but will be.

According to Realty Trac, there are 3-4 million homes nationwide waiting to hit the market. Experts predict national home price declines of 5 percent and Wisconsin decreases of 3 percent.

Housing will be the most affordable it has been in 20 years:

Fond du Lac is still listed among the country’s top 25 most affordable cities to live in. Based on the latest S&P Case-Shiller index, Capital Economics has concluded that house prices are now 17 percent undervalued relative to disposable income per capita. Housing has never before looked as undervalued.

Surprisingly, mortgage rates dropped from the 2009 average of 5 percent to just 4 percent for a 30-year home loan in November. Current mortgage rates range between 4.5 and 4.75 percent.

This has not been true for 2010. The people choosing to build are those who can’t find exactly what they want and desire virtually zero maintenance costs over the next 10 years.

Lending for home equity loans will improve to give more people funds to remodel their homes:

While most of this is encouraging, we are still way below peak levels:

It will take several years to get back to the home sales and average home prices we saw in 2006.

Scott W. Swick is a broker of 11 years and partner in both First Weber Group Realtors and Winfield Homes in Fond du Lac.